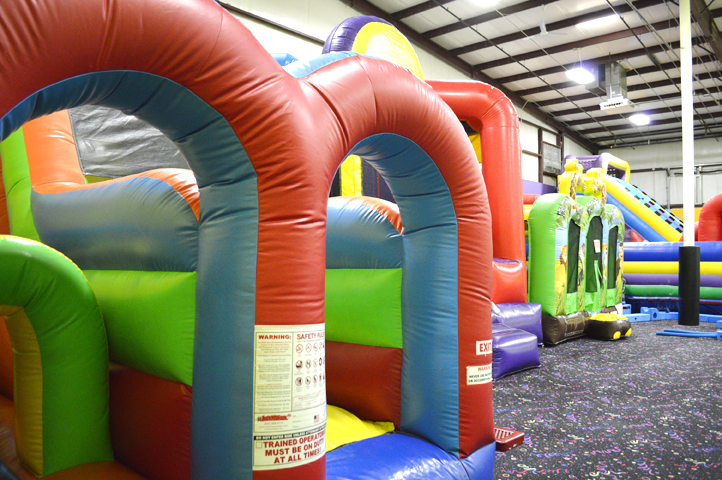 “I had a party there in the VIP room and must say that our party host was fantastic.  It was nice to see her so involved with the kids.  She even took turns at air hockey with them. She was great making sure we had everything we needed. Will definitely be booking another party in the future. ”

“My 6 year old loves to come play at The Inflatable Fun Factory. I love that we pay and it’s good for the entire day. It’s very clean and everyone is friendly.”

“My daughter and I brought her  2.5 year old for a day fun..  She had a blast!  I  waited in the  refreshment area and was very impressed with how the children interacted and helped each other.  The parents were friendly towards each other  as well.  What really impressed me was how often the floor, tables and even the inflatables were cleaned with an antiseptic cleanser.  They had cleaned everything before they opened.  We arrived at opening and stayed until  11:30.  After nap we went back around 3:30 and stayed until almost 6.  During that time the floors were mopped twice, the cleaning rags had been laundered and folded, a new cleaning rag was used to wipe counters, another for tables, and a third for inflatables.  Everything was sprayed down with the disinfectant antiseptic spray instead of dipped in a bucket of water.  This place would pass a white glove inspection!  We will be back even during flu season.”